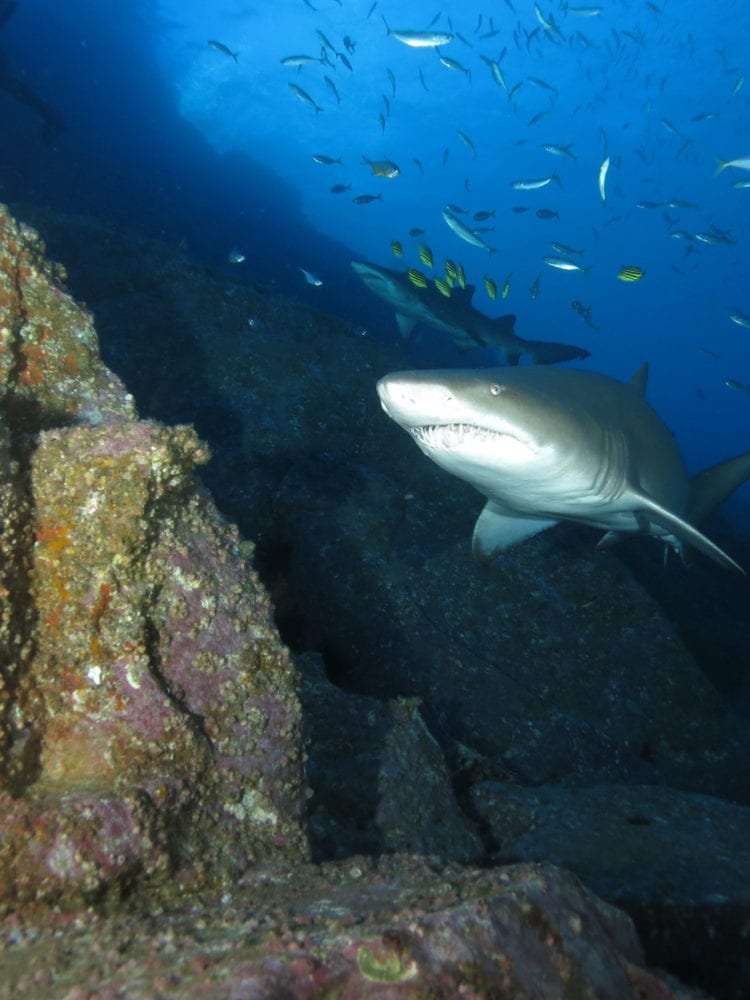 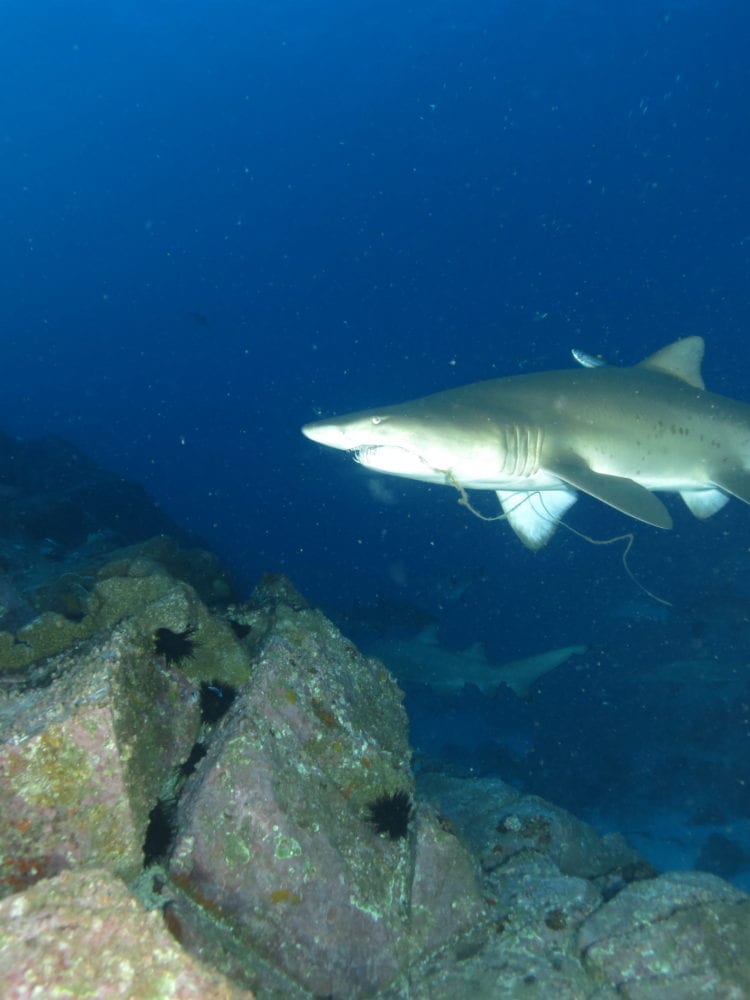 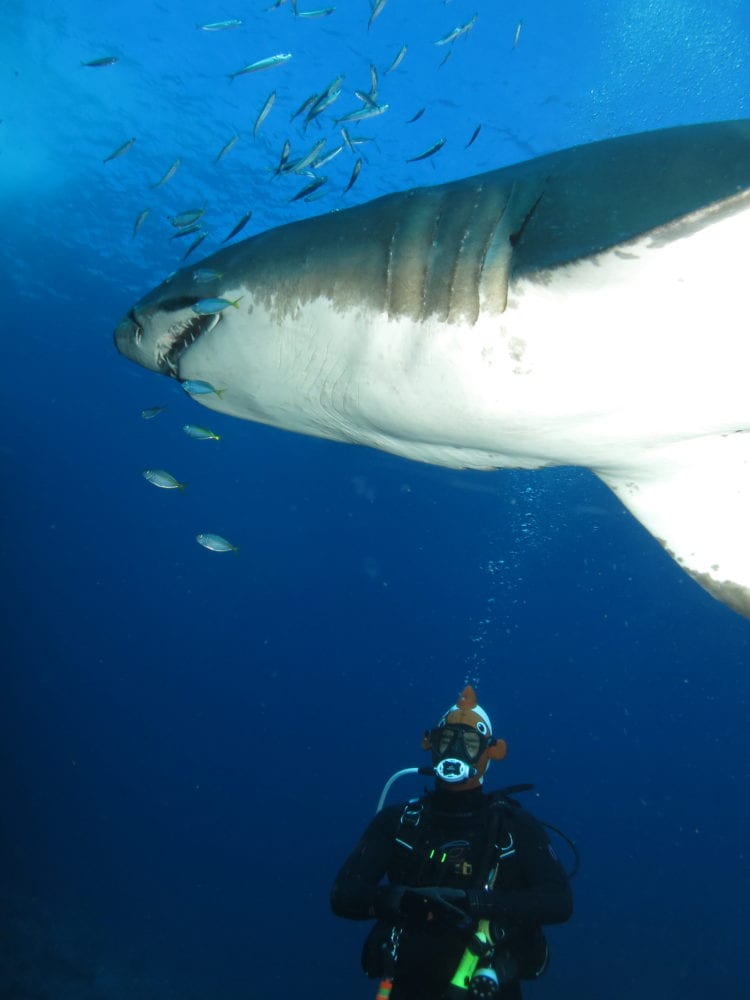 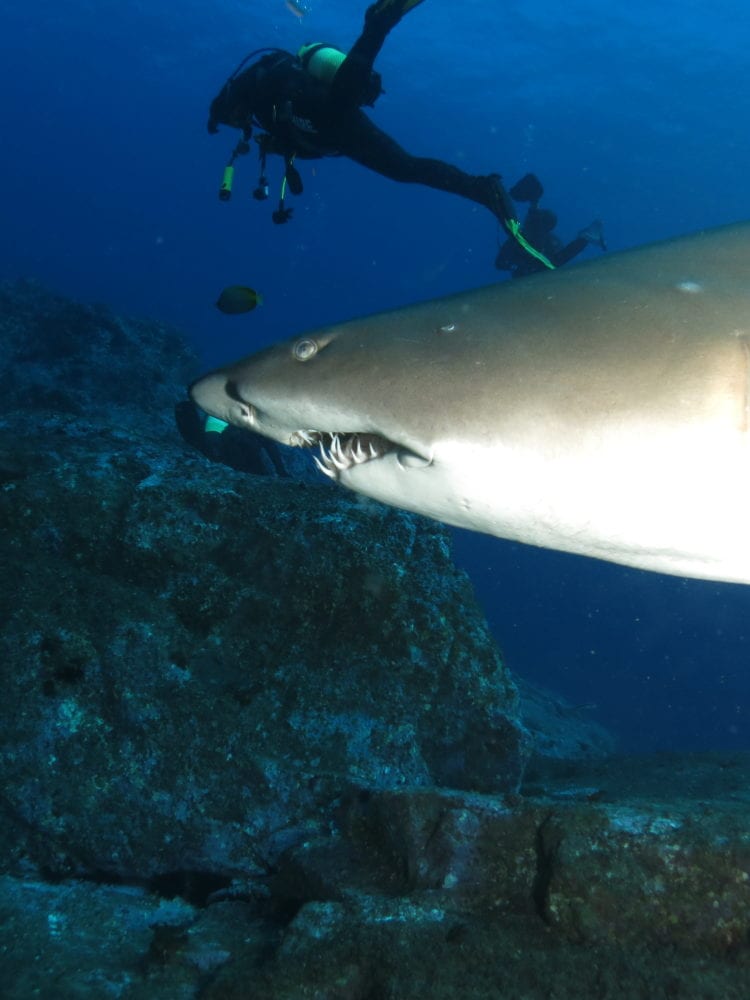 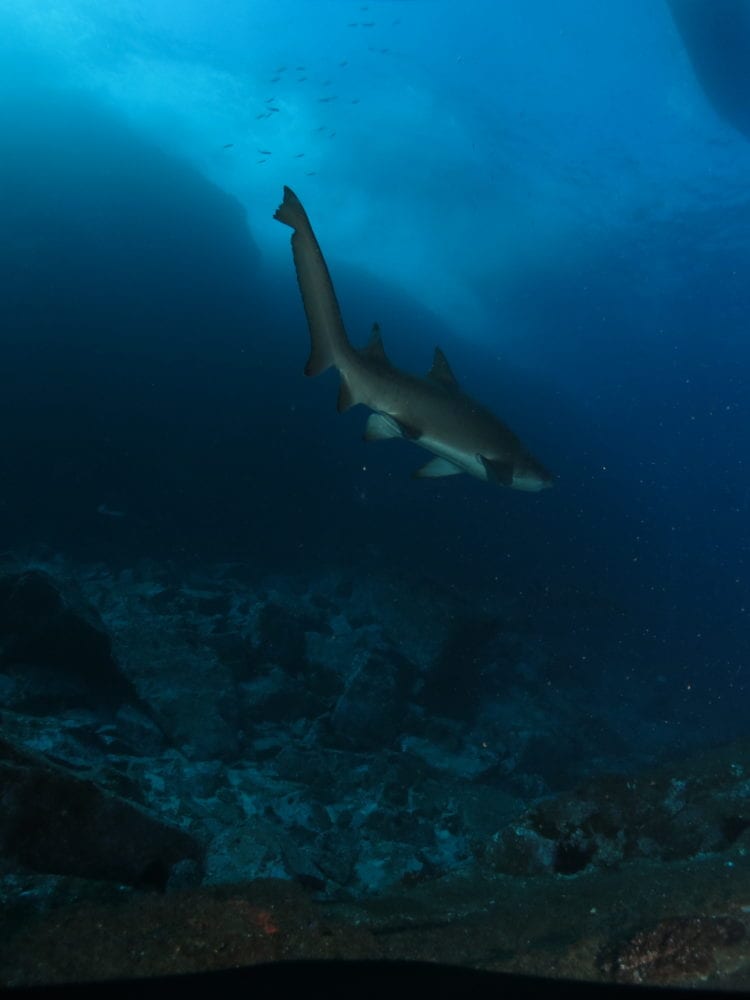 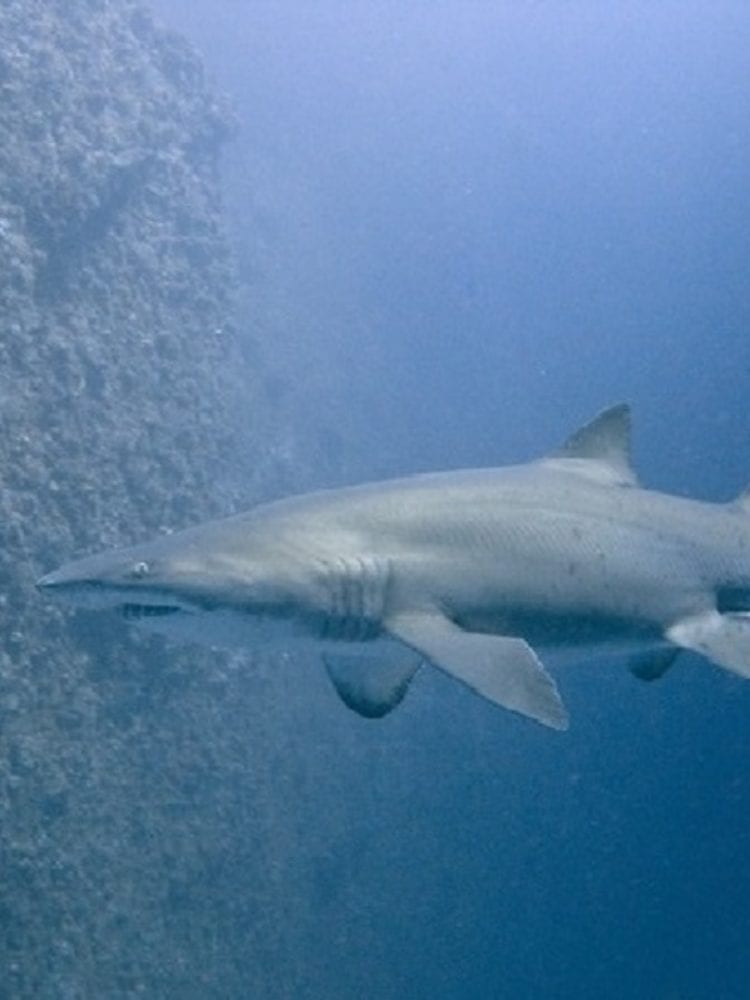 One of the most impressive sharks you will encounter diving in Australia is the Grey Nurse Shark. These large sharks look menacing because of their size and dagger-like teeth however, they are docile and pose no threat to divers. Grey Nurse Sharks are on the endangered list and as such are still protected species today.

One of Australia’s popular dive sites is Wolf Rock, which is located at Rainbow Beach in Southern Queensland. It is well known for its large resident population of grey nurse sharks.
The dive site itself is comprised of four volcanic pinnacles. Dive depth varies from 35m to 11m.

It is believed the sharks prefer shallow inshore waters dominated by rocky reefs and sandy-bottomed gutters making Wolf Rock an ideal environment for these sharks.

Wolf Rock is one of only 4 known aggregation sites for these Sharks in Queensland and the only known gestation aggregation zone on the entire East Coast of Australia.

This means that the large majority of Grey Nurse encountered at Wolf Rock are pregnant to varying degrees and each female individual has the capacity to stay on the site for the length of the pregnancy period (between 9 and 12 months) before heading south to pup. Male sharks are sighted from October to early December as they make their way from southern waters to breed.

The Grey Nurse Shark is a slow breeder, the slowest known of any shark species. In fact, the female shark is known to reproduce only every second year, giving birth to one or two young after a period of inter-uterine cannibalism that sees up to 14 embryos hunted and consumed by the successful offspring.

The pups are born live but as far as it’s known they fend for themselves straight from birth. Starting around 80cm to 1 metre in size they grow to a maximum length of around 3.5 metres and have a suspected life span of between 30-40 years. Female sharks can take up to 10 years to reach sexual maturity, while male sharks are slightly faster, reaching maturity at around 6-7 years.

Other than the cave itself, a highlight of this dive site is the large population of grey nurse sharks who live here all year round. In summer, the grey nurse sharks can often be seen resting in the shallow entrance of the cave, which is fringed by pink gorgonian corals making for some spectacular photos. Around the outside of the island, water depth varies from 15-30m with the deep gutters forming a natural aggregation area for sharks and many other marine creatures that reside here.

Apart from the sharks, which are impressive, both dive sites deliver a range of marine creatures which will appeal to all scuba divers. We’re talking giant Queensland gropers, manta rays, leopard sharks, three (3) species of marine turtles and much, much more. 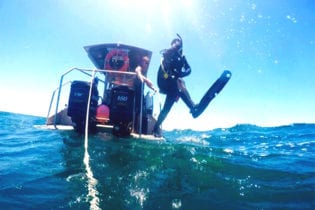